One of Oregon’s most influential governors, Tom McCall, has had an impact that goes far beyond any of the policies he passed during his two terms in office from 1967 to 1975. The essence of Portland has been internalized through the proposal of Urban Growth Boundaries (UGBs). The former governor noticed how California’s ecological land was being compromised in favour of the growing economic needs of the state. Tom McCall wanted to ensure Oregon did not suffer the same fate.

Urban Growth Boundaries preserve the rich agricultural land for local farmers’ offering the ability to grow on larger land plots, develop perennial systems, and incorporate the diverse native fauna which Portland’s climate allows. UGB’s preserve land by ensuring urban developments are not allowed to sprawl past that boundary, while agricultural lands and open space outside a UGB are preserved. We met with John Williams from Metro Portland who discussed Metro’s role and it’s relation to urban growth boundaries and Portland’s housing affordability crisis.

Urban growth boundaries transformed and shaped the city to include infrastructure which was walkable and connected, while simultaneously developing amenities such as parks, public green spaces, and community gardens.

At Portland State University, we met with Nathan McClintock, an Assistant Professor in the Toulan School of Urban Studies and Planning. He focused on recent initiatives such as the Community Living Development Plan and the Beginning Urban Farmer Association, which provided opportunities for system change by updating the urban food zoning code and a strong sense of community representation.

The increasing frequency of these public spaces have positively influenced the involvement of citizens and developed a subculture of involvement for future generations. In Portland, the grassroots programs we experienced were the “Share-it-Square” community intersection, the right to dream too (R2D2) homeless camp, and the gathering of individuals with diverse skills for a collective purpose. The culture of Portland is very distinct and often studied by other cities to attempt to lead to similar successes. 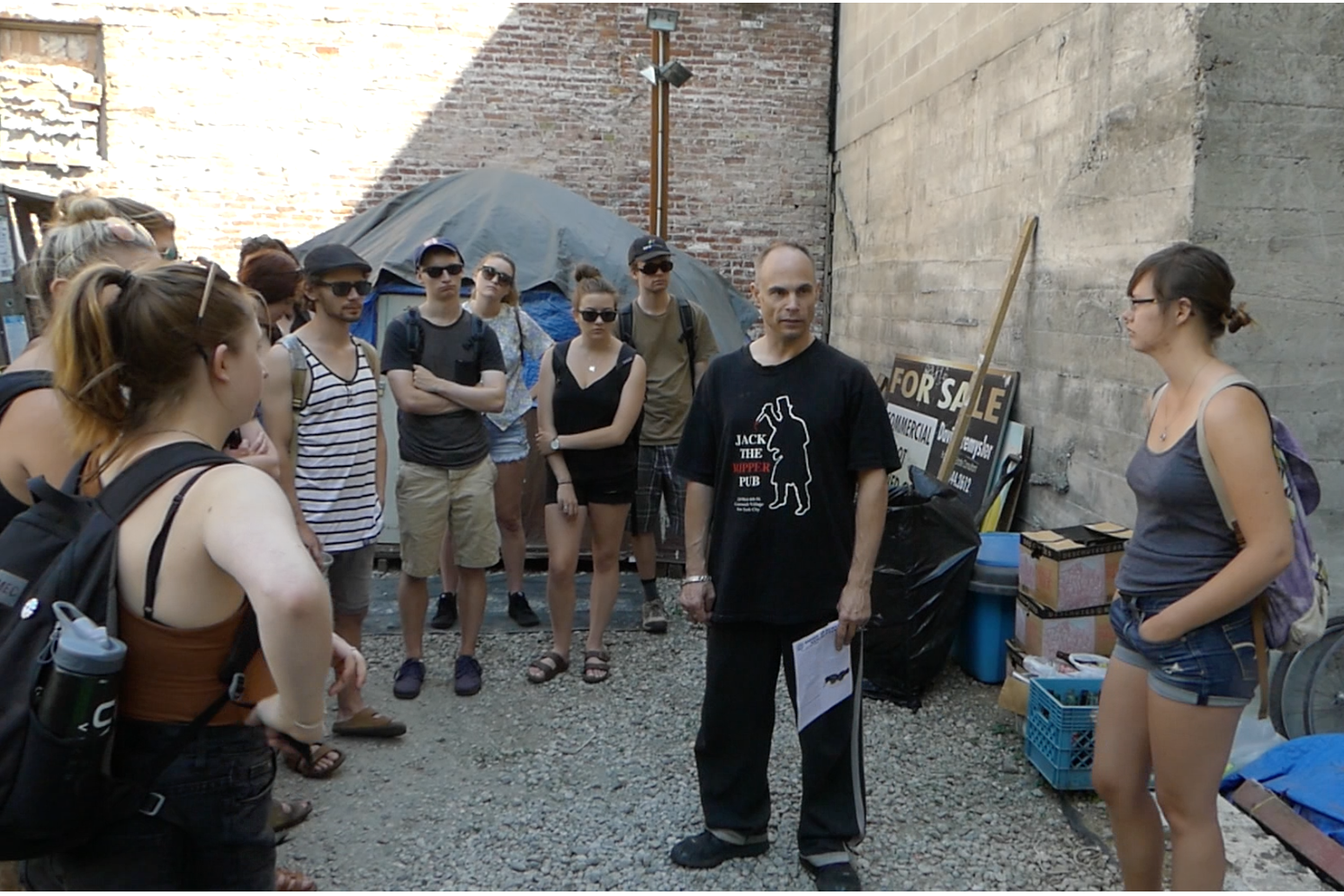 Marty, the founder of R2D2, talking to UVic students

The perspectives of planners and scholars in other cities of the Cascadia region made it seem as though Portland might be arrogant with success in terms of sustainability initiatives, including 250 miles of bike paths, 175 LEED-certified buildings and 50+ community gardens. From the very beginning we experienced quite the contrary; Portland seemed to be quite critical of itself.

One aspect that may account for some of Portland’s great successes is its ability to fail forward. Portland is not afraid to try new things, learn from the mistakes and use this information to try to find the best pathway to reach a new goal.

The Portland Metro region has been attempting to solve issues of development in the rural and suburban areas. John Williams, Deputy Director - Metro Planning and Development Department was very transparent on the issues facing these areas and the difficulties and overall failures of trying to develop these areas. Nevertheless, this is not an initiative seen in Seattle and Vancouver.

The Rebuilding Centre referred to itself as a learning organization, where they could only learn from attempting to address the problem of construction waste. In their perspective this is the issue of demolition and they choose to address this by deconstructing over demolishing. Deconstructing entails re-using materials from existing buildings and limiting waste. 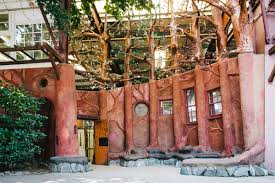 The Rebuilding Center in Northeast Portland

This ability of Portland to fail forward, to try to address their issues from the bottom up, and learn along the way may personify the city to be successful and more sustainable than others. Portland may just be more progressive and proactive in attempting to address social and environmental issues, and the process of failing forward has led to what other cities might view as major successes.

Portland is a city of pioneers. This historical background has trickled down into the psyche and influenced the everyday values of Portlanders. These values have paved the way for the do-it-yourself or ‘DIY’ culture here. Portlanders have the attitude of going out and taking back what is theirs and making the city their own through community activism. This attitude makes for a great sense of community and sense of place in the city. This is a very grass roots approach to urban planning, wherein the locals decide what they think they need, act, and later hope for the city’s endorsement.

We saw a number of examples of this during our trip to Portland. Most noteworthy for the class was our visit with Mark Lakeman, an architect and community activist, founder of the architecture firm Communitecture. Mark, through his DIY community activism is one of the reasons the Village Building Convergence (VBC), a weeklong place-making event in Portland, has become a reality. Mark and his neighbours saw a need for local connectivity in their neighbourhood in the late 1990s. By recognizing the residents’ skills, using some paint, and having committed volunteer work, they created an amazing mural at the intersection of SE Sherrett ave and SE 9th ave. It is now known as ‘Share-it-Square’ and the cascading effects of this small act are abundantly recognizable throughout the City of Portland. 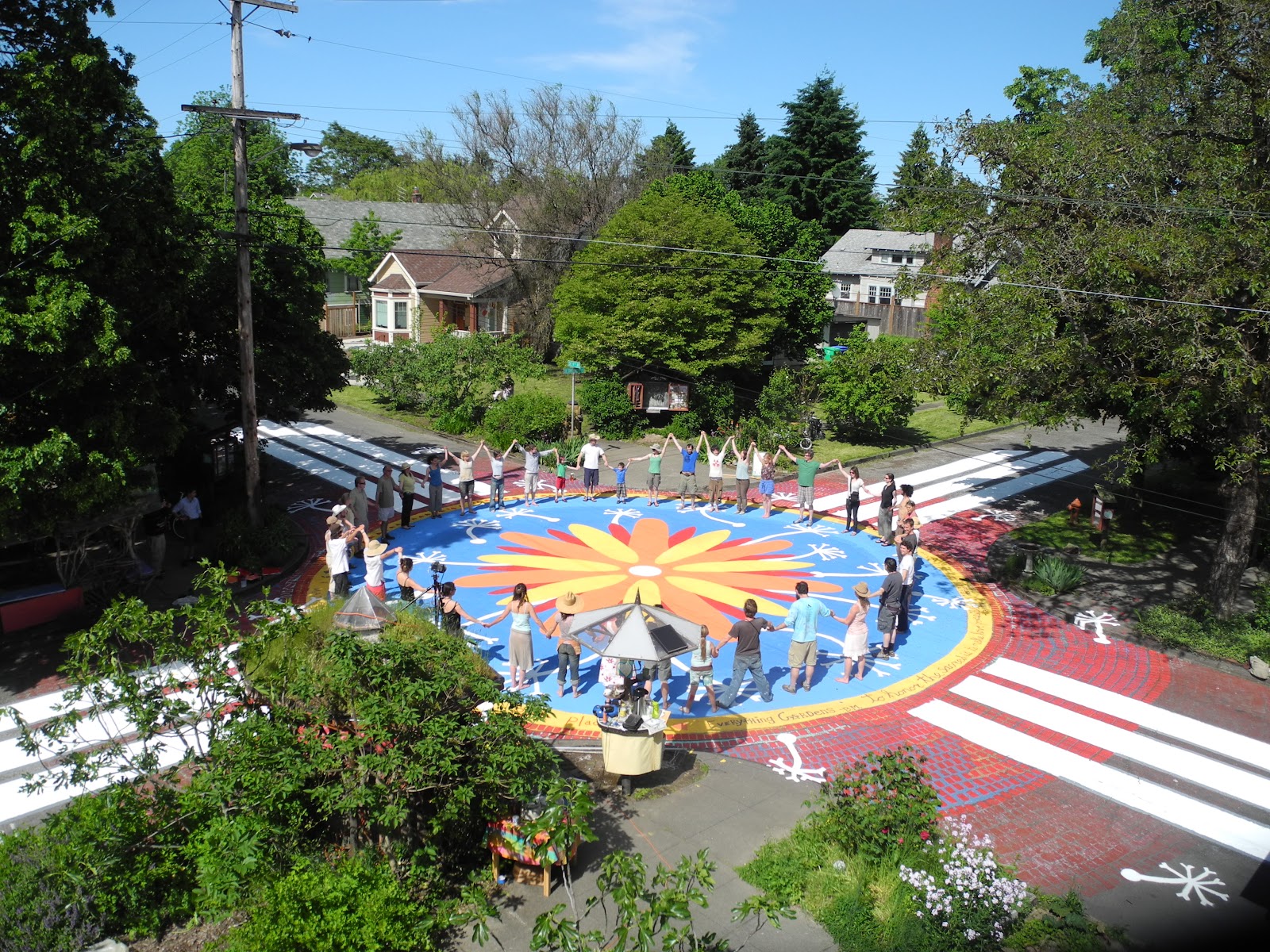 The simple act of putting paint on a roadway was something originally fought by the city, but once the potential of this modest venture was recognized, it was then not only allowed but also supported by the city. There are now over 480 of these community projects throughout the City of Portland - created by the people, for the people. The City of Portland now helps subsidize community projects like the ‘intersection intervention’ at share-it-square and other building projects that promote community and create a sense of place.

The class got a chance to take part in this event while we were in Portland. Some of the projects we got involved in were: painting an intersection, helping to develop a community garden, drying medicinal herbs, and clear-cutting landscapes for a local community meeting space. All the students thoroughly enjoyed this day and noted the strong sense of place they felt by getting involved. They got a glimpse of the DIY activism by getting involved with the VBC projects. Even though we are not locals, the community let us in with open arms to help get involved with such a great event in the city. 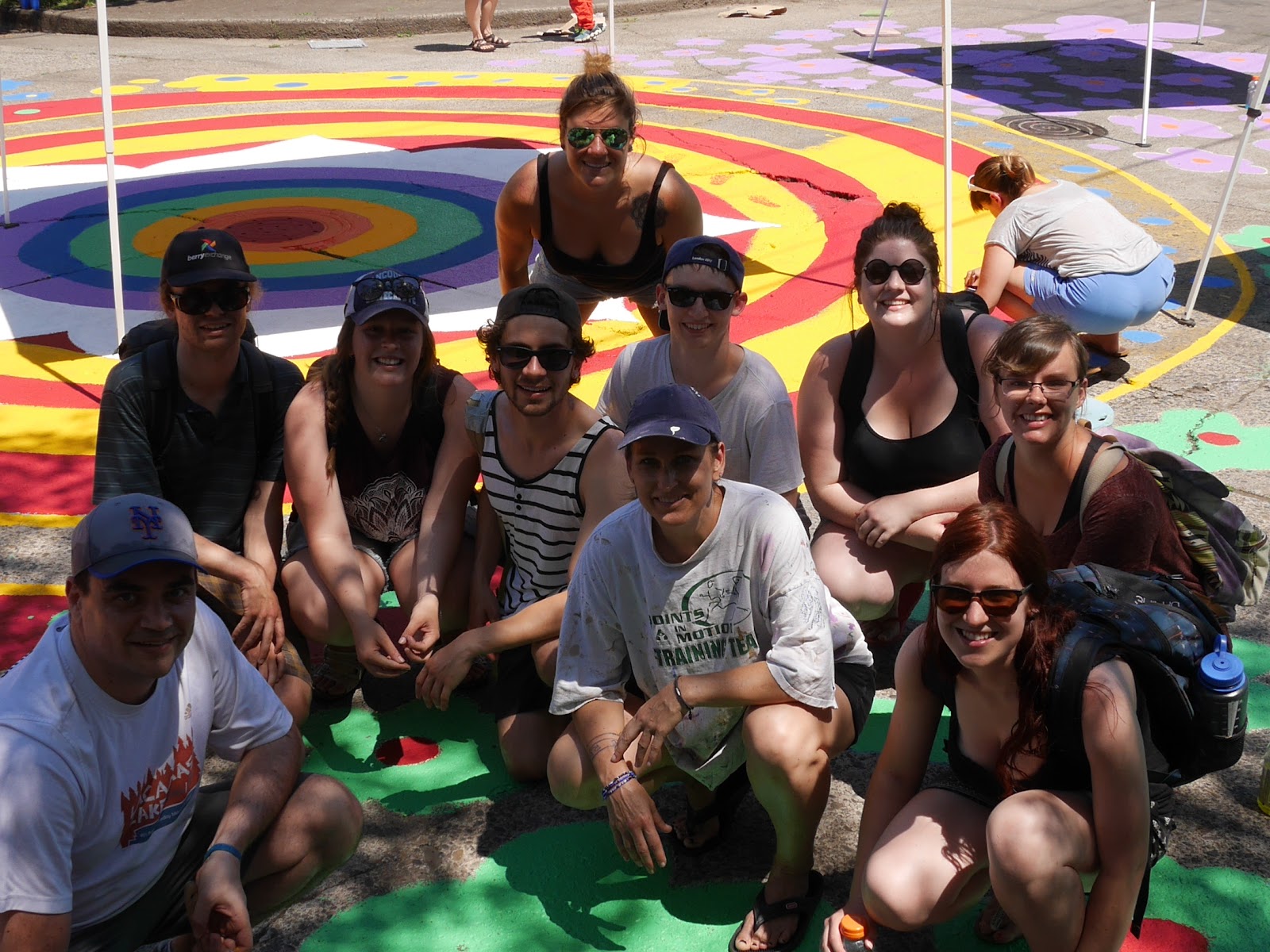