Below you'll find the location-based blogs compiled by students from the 2012-2016 Sustainability Field Schools. Use the drop-down menu below to filter the blogs by year. You can also explore the each blog post on the Cascadia Sustainability Experience Map.

Click here for the student blog from the 2017 Europe Sustainability Field School.

Over a delicious, local, organic lunch at the Baked Alaska, we learned about the double-edged sword of revitalization or repurposing of the built environment in Astoria, OR from head chef Chris Holen.

Video captures UVIC Geography students learning from Hood River Middle School students and their teacher Michael Becker about Permaculture. One of the highlights of the Cascadia Sustainability Field School, the visit provided great inspiration and hope for the future.

After exploring the city of Portland we were ready to head out East to conquer the mountains and the coasts that Oregon has to offer. A re-occurring theme this week was sustainable food processes and access. In earlier blogs you may have noticed we have been dealing with social and infrastructural sustainability. Once we left the city our knowledge began to expand towards farming, food, food culture and the importance of accessible healthy food choices.

Seattle is known for being a cutting edge city as it always seems as though there is a new idea coming from it. This innovative way of thinking has spread throughout the city and can be seen almost everywhere. During our time in Seattle, it became clear that innovative thinking has intertwined with environmentalism and has created new ways of sustainability. There are multiple examples of innovation throughout Seattle that vary but all have a common goal of making in city more sustainable.

One of Oregon’s most influential governors, Tom McCall, has had an impact that goes far beyond any of the policies he passed during his two terms in office from 1967 to 1975. The essence of Portland has been internalized through the proposal of Urban Growth Boundaries (UGBs). The former governor noticed how California’s ecological land was being compromised in favour of the growing economic needs of the state. Tom McCall wanted to ensure Oregon did not suffer the same fate.

The Cascadia Field School from the University of Victoria met with Nathan McClintock, a Professor at Portland State University. He described the dual nature of the city in terms of the popular culture of Portlandia compared to the gentrified suburbs of the city.

This video was produced and edited by Joshua Ceraldi, Alison Martin, and Mackenzie Sayer of the University of Victoria.

John Williams Deputy Director of Metro Portland met with (UVIC) Cascadia Sustainability Field School students at the beginning of their trip to Portland. He spoke about Urban Growth Boundaries in Oregon, the 2040 Growth Concept for the region and the issue of housing affordability in Portland.

Video by Keltie Shantz with help from Evan Dudzik and Melissa Coates. 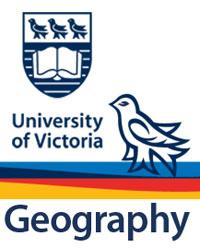